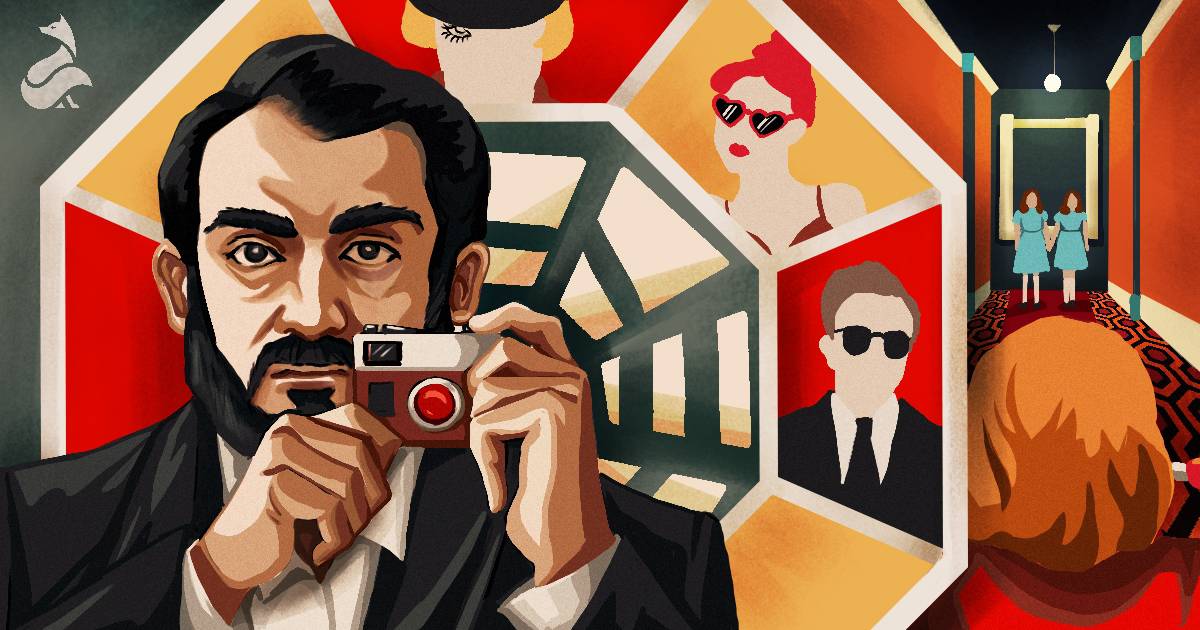 “If it can be written, or thought, it can be filmed.”  -  Stanley Kubrick

An idea that has formed the cornerstone of Nico, our Creative director’s career in motion design. Recently, Nico completed a memorial piece which screams Kubrickesque.

Nico wanted to explore how one particular shot was lit, creating a very rudimentary scene in 3D. The process took him down a somewhat unintentional Kubrickesque path, carefully crafting details in a scene of what would ultimately end up being a combination of Barry Lyndon, Eyes Wide Shut, Paths of Glory and The Shining.

With the anniversary of Kubrick’s passing coming up, we wanted to chat to both Nico and Shahir, our Fox & Co Kubrick aficionados, about his grand influence in moulding their careers.

“Stanley Kubrick is one of the best directors that ever lived,” Nico explains, “he was courageous in every sense of the word. From his choice of controversial topics, (religion, adultery, violence and evolution), to the use of unique visual language illustrating them."

Shahir describes Stanley as “one of the most well-known cinema practitioners to the western world.He made financially successful films while still advancing the art of filmmaking.

‘Paths of Glory’, Nico explains, “is a masterpiece. A great combination of a director, young enough to take a multitude of risks with an established actor, Kirk Douglas, supporting him”.

“When I became interested in Kubrick, around the age of 17 or 18, I realised that I’d actually seen a lot of his films, without realising I’d seen them”, Shahir recalls.

However, trendy as it was, Nico acknowledges the pure genius of his films. “In Dr. Strangelove, Stanley does a very intellectual take on the current state of the world at any moment in time. He takes that madness and turns it into ridiculous, over-the-top comedy while also conveying the somber reality that lies so close to the truth.” A remarkable genius, jumping from one subject to another, directing it in style. Not only was this versatility a big thing, Kubrick was iconic for his composition skills too.

“Most creators take something from him, whether it's his approach or his style. He is an iconic influence in the film industry,” says Nico. “The composition of Kubrick's films were always on point and very curated, with extreme attention to detail.”

Beyond his composition work, Nico admires Kubrick for his obsession and work ethics. “He took each project to heart, he lived for it and did whatever was necessary to craft it exactly how he had envisioned it to be, no matter how long it took. Once he was on set, he wouldn't wrap until he got what he wanted, 1 to 100 takes if needed.”

There are many stories of him filming an obscene amount of takes in just one shot in order to make it of the finest quality. “It’s not just the way that he frames the camera, but it is how he understands the interplay of the objects and people in front of the camera. He truly understood the power of the image.” Shahir exclaims in awe.

As creatives, both Nico and Shahir admire the precision and clarity Kubrick brought to his work. Not only did he have such an intricate understanding of his ideas, but brought them to life through his relentless pursuit of perfection. Something creatives across the world aspire to achieve.

If you’re unfamiliar with the Kubrikian style, this is a great summation of the meticulous perfectionism and mastery of technical aspects of his work.